Home » 10 the most beautiful trees in the world: From the baobab-prison to the oak-chapel

From the trees that are modified by the constant winds to the oak where there are two chapels, we present you ten of the most beautiful trees in the world that will surprise you by their colors, shapes and properties.

From the parks of crowded cities to the densest forests on the planet, the trees offer us not only unforgettable views, but also the oxygen we need. But of the 23,000 species of trees in the world, some are remarkably detached by their amazing appearance. Here’s what they are. 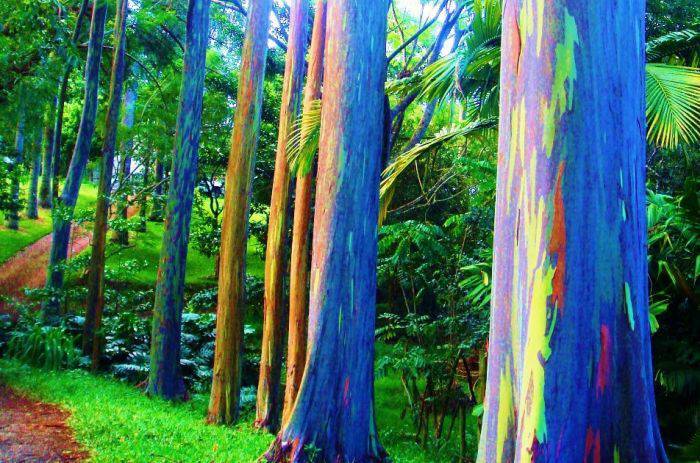 Of all the trees on Earth, the rainbow eucalyptus has the most beautiful bark. It looks as if it had been hand-painted in countless colors that give it the look of a rainbow.

As it ages, the bark changes its color. Originally from Indonesia, Papua New Guinea and the Philippines, rainbow eucalyptus is definitely one of the most beautiful trees in the world.

2. The most beautiful trees in the world – “The Dragon’s Blood” 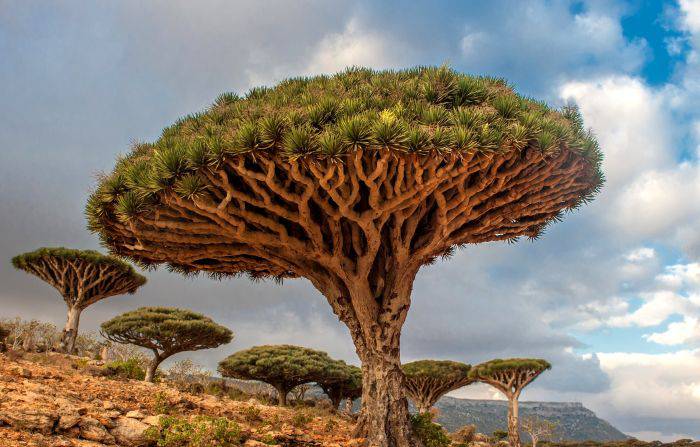 The “Dragon Blood” tree looks both bizarre and impressive: it looks like an open umbrella and turned backwards. The tree was baptized because it produces a dark red sap. Seva is used for medicinal purposes. 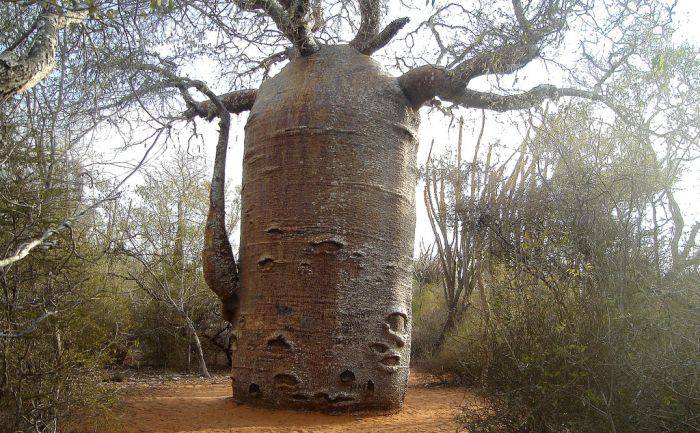 Originally from Madagascar , the baobab-teapot has a special and bizarre form. It has a thick, fire resistant trunk and capable of storing an enormous amount of water.

Some trunks are so thick that – once hollowed out – people live in them! For most of the time, baobab-teapot, one of the most beautiful trees in the world, is devoid of leaves. 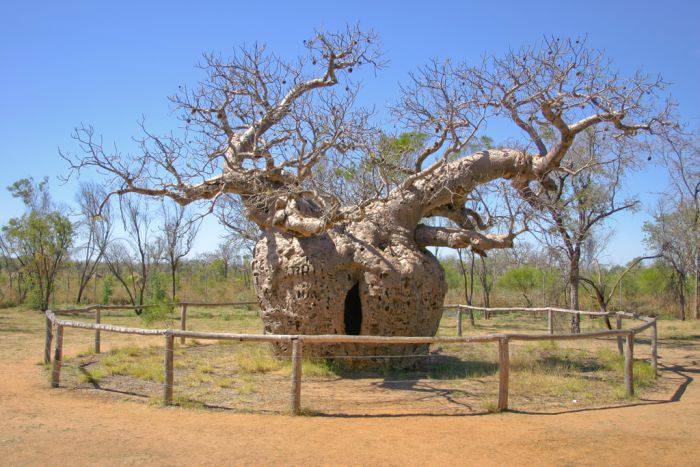 This 1500-year-old tree is in Derby, Australia. It is known as prison baobab, because at the end of the 19th century, the hollow trunks of trees of this species were used by the English colonists as temporary cells for the aborigans who were waiting for their sentence. 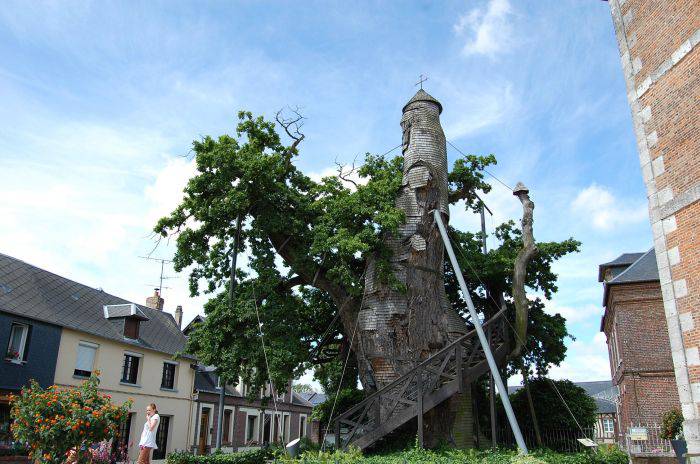 It’s a giant oak, located in the French town of Allouville-Bellefosse. The oak is 800 to 1200 years , the height of 15 meters and the circumference at the base of 16 meters.

But it is not only in its dimensions, but also in its religious significance. In its trunk two chapels were built, which is reached by means of a spiral staircase. Chapels were built in the 17th century.

6. The most beautiful trees in the world – Boojum

The Boojum Tree looks like a giant cactus and is originally from the Baja California desert in Mexico. The wood inside the thin trunk is very soft. Therefore, the trunk can take sinuous shapes and can reach a considerable height.

As it grows in the desert, the tree is provided with small leaves that cover the trunk to reduce water loss. When it’s time to flourish, the top of the trunk is covered with a bunch of beige buds. 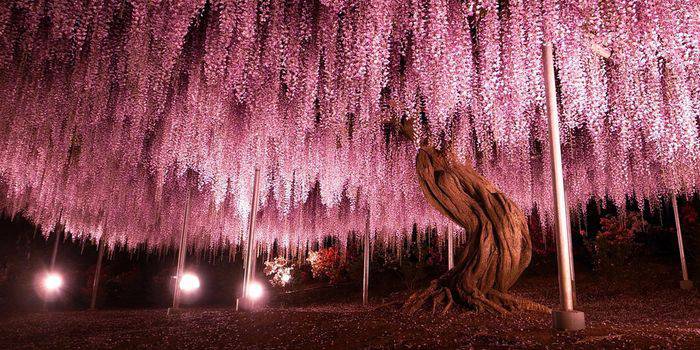 This magnificent tree can be admired in the botanical garden of Ashikaga, Japan. It is certainly one of the most beautiful trees in the world. 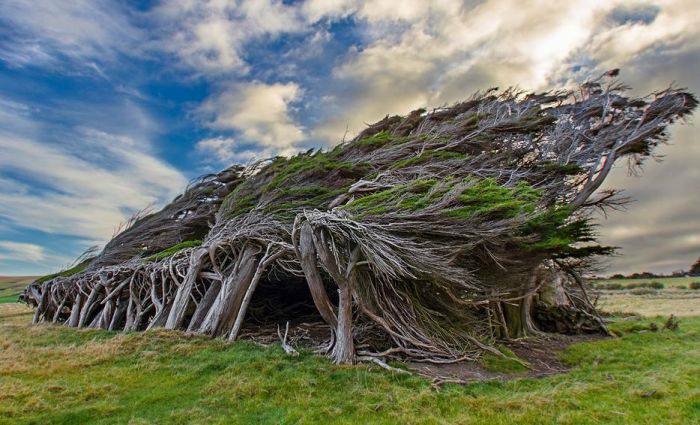 The intense winds in New Zealand’s South Island area are able to bend the trees in some forms that seem to have been stripped of fairy tales.

9. The Most Beautiful Trees in the World – The Miracle in the Desert 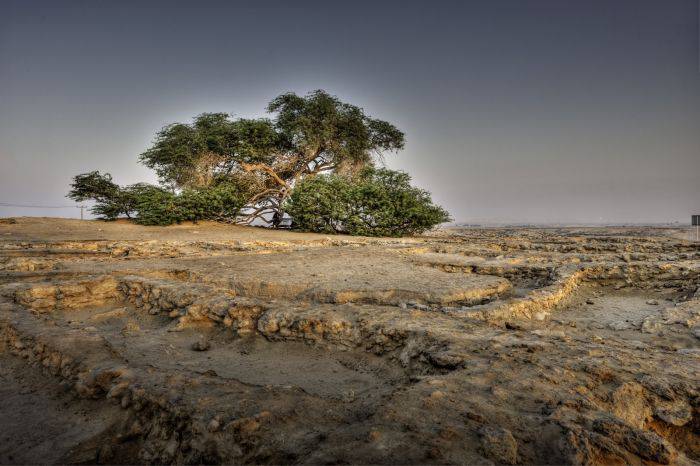 He was baptized “Tree of Life” because he survives miraculously in the desert without water. For 400 years, the tree stands alone in the midst of the Bahrain desert. Legend has it that the place where the tree is located was originally the Garden of Eden. 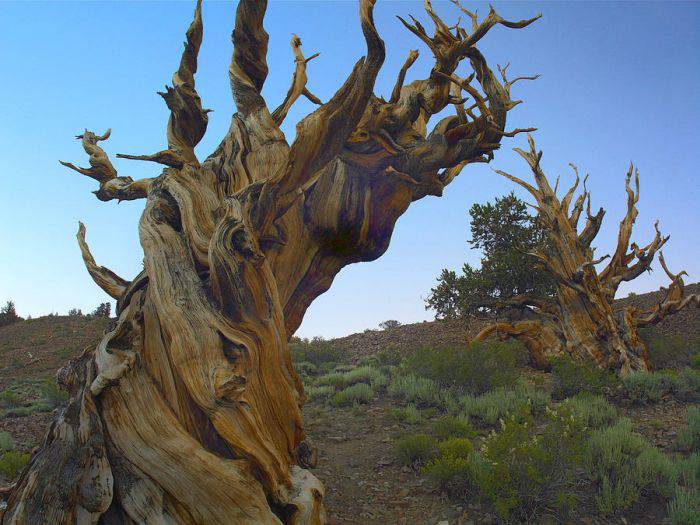 Known as the scientific name of Pinus balfouriana, this pine species is the longest in the world. These pins grow and survive in harsh conditions, at low temperatures and strong winds. The oldest trees of this species have thousands of years!