In the beginning, man was sheltering in caverns, which means that today we resonate strongly – from a spiritual point of view – with the caves. These mysterious caves were used as a shelter, but they were considered sacred places of encounter with the world of spirits.

Many scholars believe religious practices in caves will continue to the end of history. There are also other unknowns about the earth’s innards, as more and more mysterious caves are discovered every decade.

1. Mysterious Caves: The Temples of Dunhuang 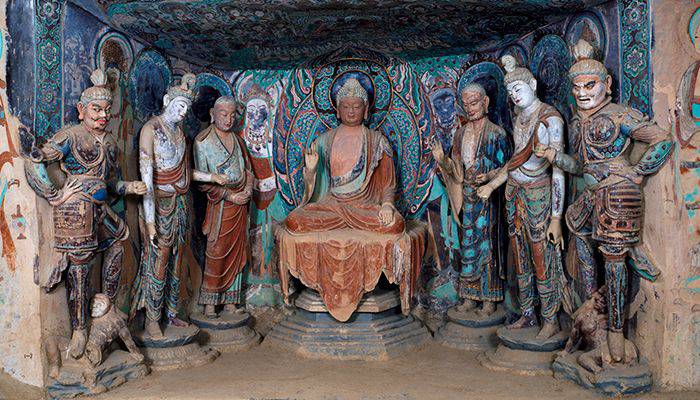 Situated at the end of the Gobi desert in China, the Dunhuang cave temples are at a point where the Silk Road passed through the XIV century. Documents containing Christian and Jewish prayers were found, documents that were spread along the Silk Road.

In the caves was found the “Diamond Sutra”, which was printed with wooden plates in 868, that is, before Gutenberg’s printing press. It is said to be the oldest printed book in the world. 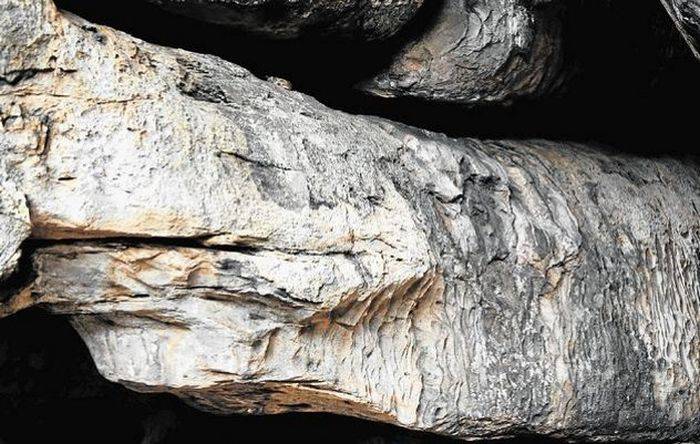 In the ’90s, in Botswana, Africa, the Rinoceros Cave was discovered, where evidence was found that Homo sapiens venerated a python god. The discovery changed history because it had been estimated that Homo sapiens had begun to pray for symbolic religious representations only 30,000 years later.

There are specialized bone tools and red ocher in the Rinocer’s cave, which indicates that these ancestors were more advanced than originally thought. The cave contains a natural rocky form of a python head, on which there are some scratches made intentionally, about which the scientists say it would represent the scales of the serpent.

Perhaps one day you will visit at least one of these mysterious caves.

3. The golden temple of Dambulla 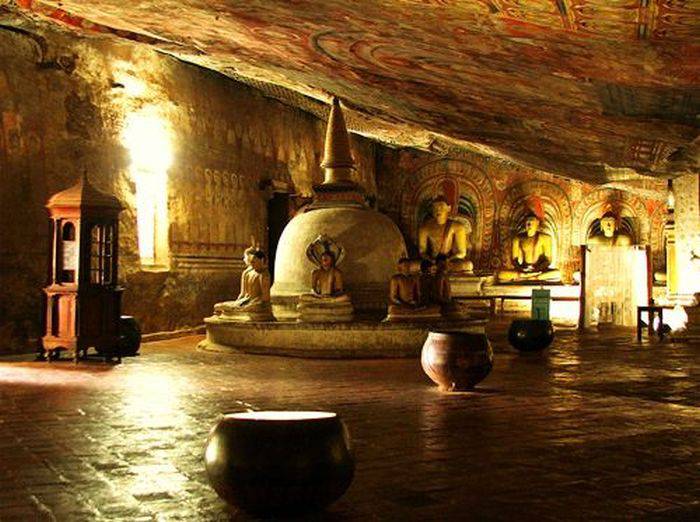 One of the oldest sites in Sri Lanka, dating back to the 3rd century, is the mysterious cave complex called “Dambulla Gilded Temple”. The complex contains over 80 caves discovered to date, and archaeologists suggest that Sri Lankan residents lived in these ranks 2,700 years ago, judging by the human remains discovered nearby.

The temples feature three statues of royal faces in Sri Lanka, 163 statues of Buddha, and 4 statues of gods and goddesses. The complex is covered with Buddhist murals on an area of ​​over 2,100 square meters and still functions as a monastery. 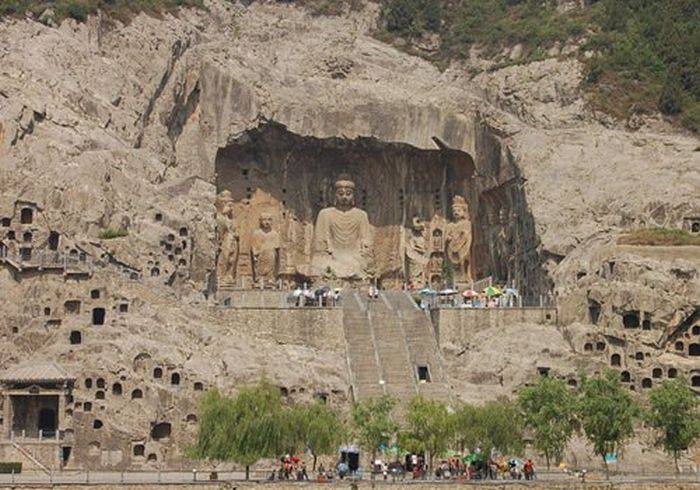 Between the years 624 and 705, under the reign of Wu Zeitan, the only queen of China, the Longmen Grotto Cavern Temple was carved in Dongshan Mountain. The caverns are located on both sides of the Yi River, near the ancient capital, Luoyang.

There are over 2,300 caverns with 110,000 Buddhist figures. The temple also contains 29 relief statues depicting monks in search of enlightenment. 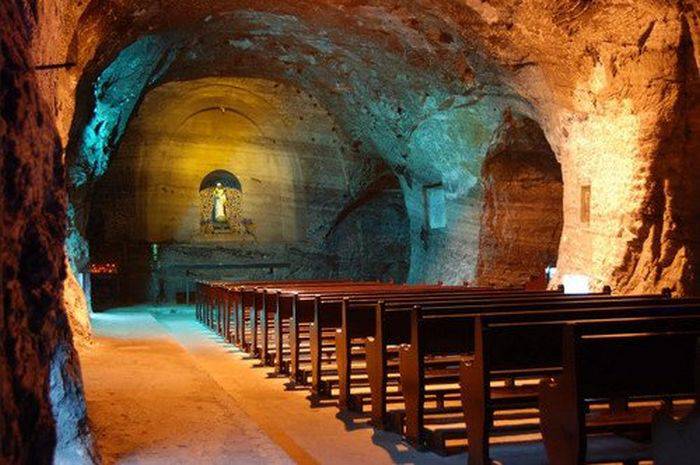 A magnificent cathedral was carved 200 feet below ground in the city of Zipaquira, Colombia. This subterranean cathedral was made by removing 250,000 tons of salt rock from the largest salt mine in the world.

The cathedral contains 13 relief sculptures, a cascade of salt and a huge crucifix. The cathedral was built in 1995, and the salt mine was discovered by Muishan indigenous people.

6. The monastery of the Vardzia cave 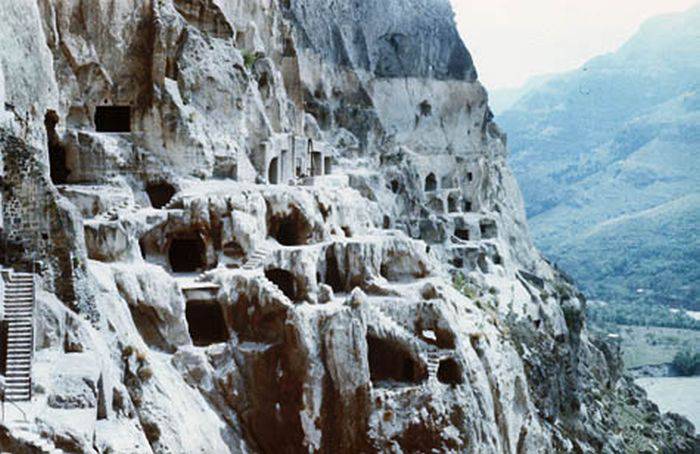 While the Mongols attempted to conquer the kingdom of Georgia in the twelfth century, Queen Tamar commissioned the construction of a subterranean sanctuary. The sanctuary and the fortress were carved in Mount Etrusheli, with over 13 levels and 6,000 dwellings, a large church and a royal hall of the throne.

The structure resisted the Mongols, but suffered major damage following an earthquake in 1283.

5 incredible things people from the past did