There are many stories about the discovery of India’s pride and the very beautiful Kohinoor diamond that it is said to be with Lord Shri Krishna and this is also a story, it was discovered in the mines of Golconda, located in Guntur district of Andhra Pradesh state of India. Where the world-famous diamonds like Daria A Nur and those end came out, but when Kohinoor came out of the diamond mine, there is no firm knowledge. Kohinoor means “mountain of light” but with the luminaries of this Kohinoor, the empire of the fencing empire was destroyed. It is believed that this diamond is good only for the woman and the saints-saints, because if this diamond has a bearing, then there will be no curse for it because the Kohinoor diamond is cursed. The person wearing this diamond will rule the world but with this, his misfortune will also start. That is why this diamond was crowned by the British ruler in the crown of the Queen and also said that the crown will be worn only by the woman. If a king becomes a man, then the crown will wear his wife.

Let’s read some more interesting information about this in the below article.

Ancient history associated with Kohinoor diamond
– From the 13th century to the middle of the 16th century, this diamond was kept by the kings of different Sultanate, with their first kohinoor reached the tribe of kaktiyans and after this, the Mughal empire in the 16th century and then came to Shahjahan after that, the same Kohinoor Diamond liked so much that they inscribed that diamond in its peacock throne. But his own son Aurangzeb took control of his father Shah Jahan and started to rule.

In 1739, the Persian ruler Nadir Shah came to India and attacked the Mughal sultanate and destroyed the Mughal empire and Nadir Shah took Kohinoor with him and he named the diamond Kohinoor and in 1747 Nadir Shah was killed and Kohinoor diamond was killed in Afghanistan. Shahanshah Ahmad Shah reached Durrani and for some time he stayed with Shah Shuja Darrani, son of Ahmad Shah Durrani, then in 1813, Shah Shuja passed Affa Fled reached Lahore from Istan and gave Kohinoor diamond to Maharaja Ranjit Singh of Punjab.

Kohinoor Diamond India to Britain
In 1843, Dilip Singh, son of Maharaja Ranjit Singh, who had occupied Punjab, took the Kohinoor diamond from the ruler of Kabul Shah Shahza Ull, Kohinoor also came to him as king of Dilip Singh.
In 1849, Britain and Sikhs had a second war in which Dilip Singh lost and after defeating on 29 March 1849, the Lahore Treaty between Dilip Singh and the British led to the defeat of Sikh King Dilip Singh, the capital of Punjab, Lahore, to Britain. Had to pay and his fellow Kohinoor diamond also moved from India to the UK.

Current position of Kohinoor diamond
– How many carats it was, Kohinoor is believed that it was 793 carats at the beginning. This Kohinoor diamond went on working with the diamond over time and now after the cutting of diamond, Kohinoor Diamond has left 105.6 carats.
It is very difficult to get Kohinoor’s price because ever since this diamond has come in history, nobody has ever bought it, nor has any price been used till date, but it can be estimated that 60 years ago today In Hong Kong, one Kraft Pink Pink was sold for only $ 46 million, which was only 24.78 carats, according to which Kohinoor’s price is currently up to several billion dollars . 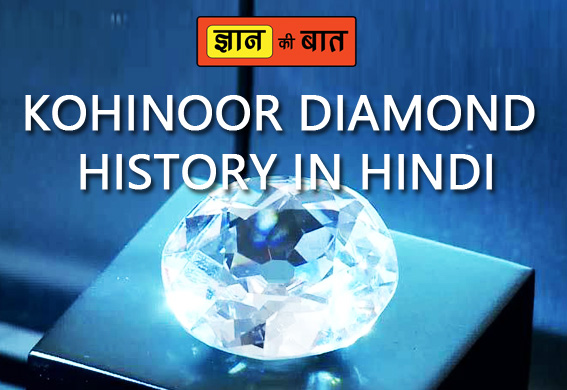 10 Cooking Tips: Remember to Keep in the Kitchen

Importance of sports in our life