Home » The petrified waterfalls in Mexico, true masterpieces of nature

Have you ever heard of the petrified waterfalls in Mexico ? Hierve el Agua is located in the Mexican state of Oaxaca, about 70 kilometers east of the city of the same name.

Hierve el Agua means “boiling water” in Spanish, and the name comes from the natural mineral springs that are here and flowing into some natural swimming pools in a location with spectacular cliffs. 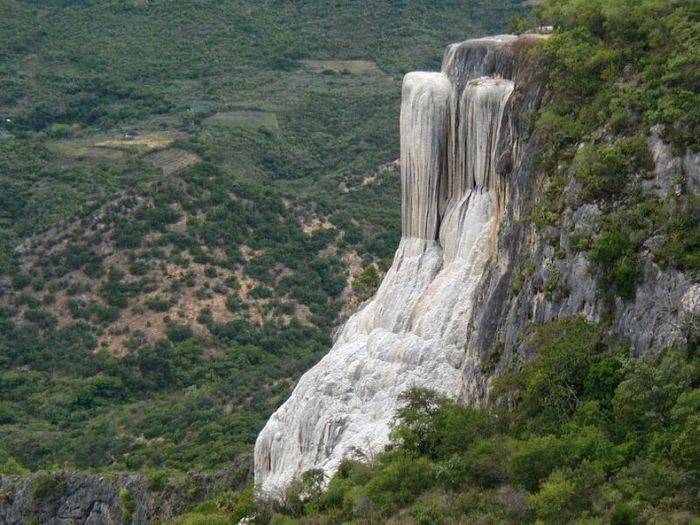 When you get close to Hierve el Agua, you can see at a distance what are frozen cascades on the mountainside. But ice is not to be found in this hot climate. 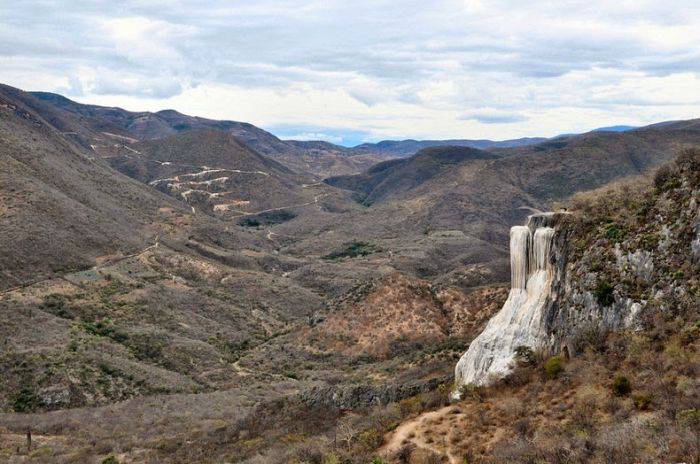 According to AmusingPlanet.com, these are mineral deposits formed in thousands of years as a result of salt-water that flows over the edge of the cliff and flows along the rocky coast of the mountain. 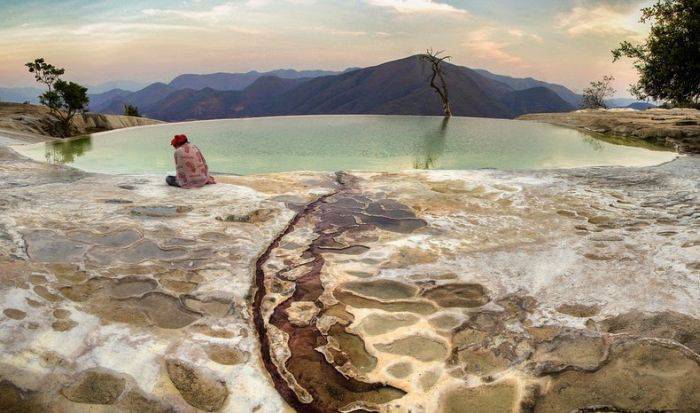 As the water passes over the rocky surface, it forms some large stalactites similar to those found in caves. 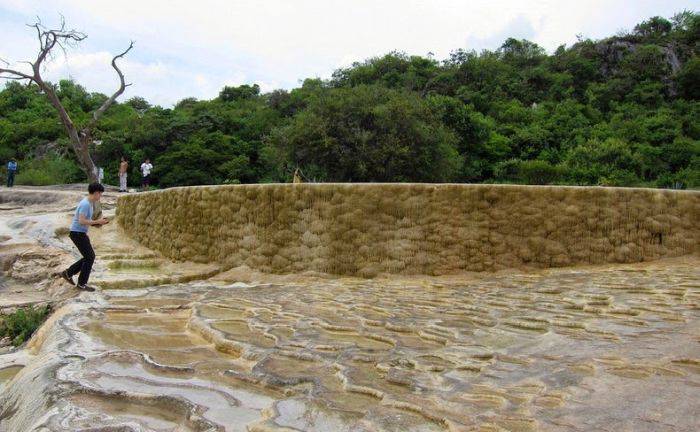 The petrified waterfalls here are, in fact, accumulations of minerals.

They are formed on cliffs that rise 50 meters above the bottom of the valley. One of the “waterfalls” has a drop of 12 meters and the other 30 meters. 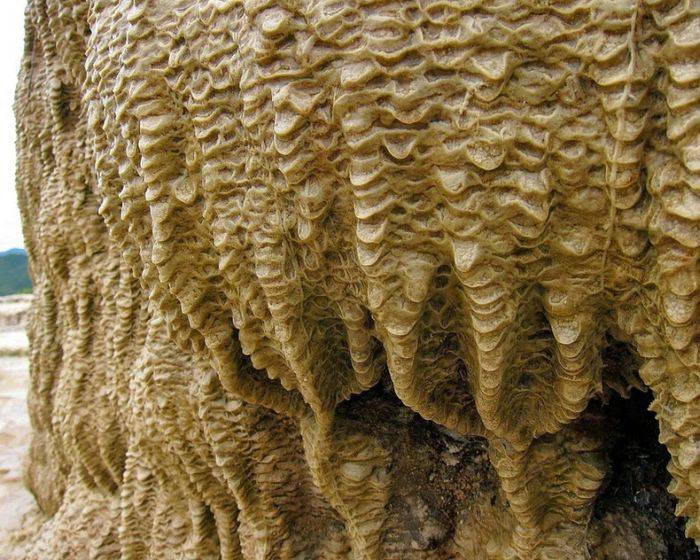 The 12-meter is called “chic cascade” (“small waterfall”) and “flows” starting from a base that is about 60 feet wide. 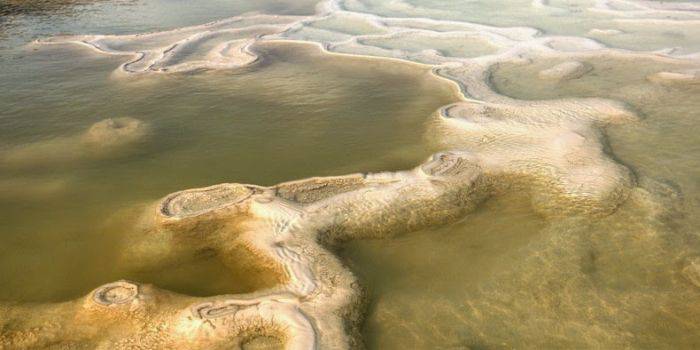 The other is called the “cascade grande” (“big waterfall”) and starts from a base that is 90 meters wide and is 80 meters above the bottom of the valley. 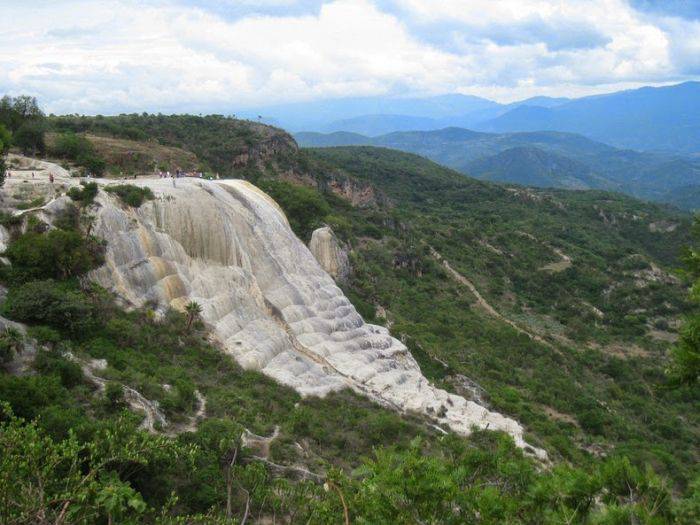 The most accessible and most visited of the two waterfalls is the “chic cascade”. It is also called the “amphitheater”.

The waters of the spring are supersaturated with calcium carbonate, which is deposited and forms structures similar to some waterfalls. 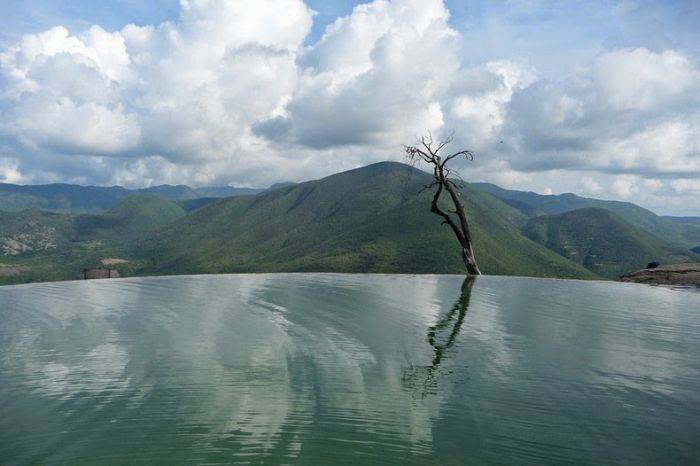 The waters, with their high mineral content, are reputed to have healing properties and you can see tourists sinking into the waters of one of the natural pools on the cliff top. 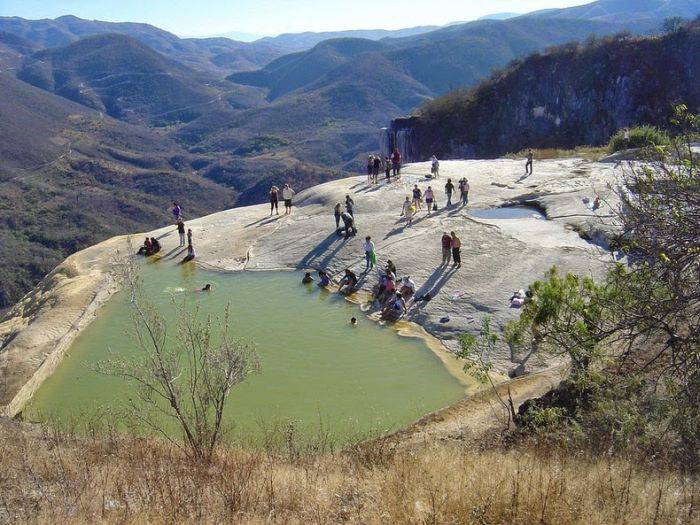 Underwater: 7 of the most dangerous fish in the world

5 hybrid fruits that you probably never heard of

03 comments on “The petrified waterfalls in Mexico, true masterpieces of nature”