Home » This is Matusalem, the oldest fish in the world in captivity

The Aquarium of the Academy of Sciences of San Francisco, California, lives a creature worthy of the Book of Records . Baptized Matusalem by scientists, the 1.2 meter long animal is the oldest fish in the world in captivity.

Matusalem was brought from Australia in 1938, when it already had the size of an adult.That’s why experts estimate it is between 85 and 90 years old. The fish was named after the longest biblical character, Matusalem, which is said to have lived to the venerable age of 969 years.

Matusalem is part of a special species 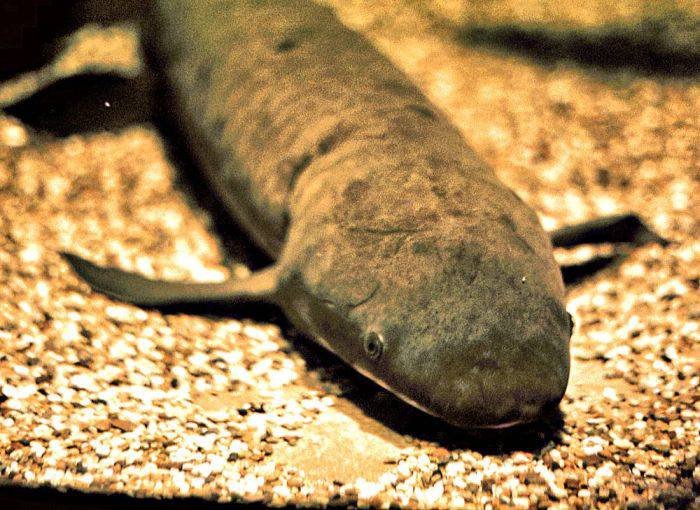 The Matusalem fish (in the mid-60s)

But age is not the only reason Matusalem is a special creature. This Australian diphone(Neoceratodus fosteri) is one of the six species of fish that can breathe outside of the water.

This archaic freshwater fish is 400 million years old and features a unique bladder that has a double role. On the one hand, it controls the buoyancy, and on the other it functions like a primitive lung, which allows the fish to breathe on the surface.

In addition to the Australian dipole, there are also African and South American dipoles.These two groups of fish are known for their nesting in the mud and breathe in the dry season when the waters they live in dry up.

In the video below, you can see how dipoins survive when there is no more water.

Sometimes these strange fish use their four wings to ” go ” to another standing water.

Why is Matusalem the oldest fish?

“I would like to say that it is due to male care, but it is not. It’s genetics, “says Allan Jan, biologist and Matusalem caretaker at San Francisco Aquarium.

Dipnoids are fish that live a lot. The previous record for the oldest captive fish belonged to “Grandfather,” a diphone from Chicago’s Shedd Aquarium. The animal died in 2017 at the age of 84.

Although genetically scheduled to have a long life, the oldest captive fish still has some extra features that contribute to its longevity.

For example, he has always had a great appetite, and his favorite dishes are shrimps and figs.

He has caprices and likes to be comforted on his stomach 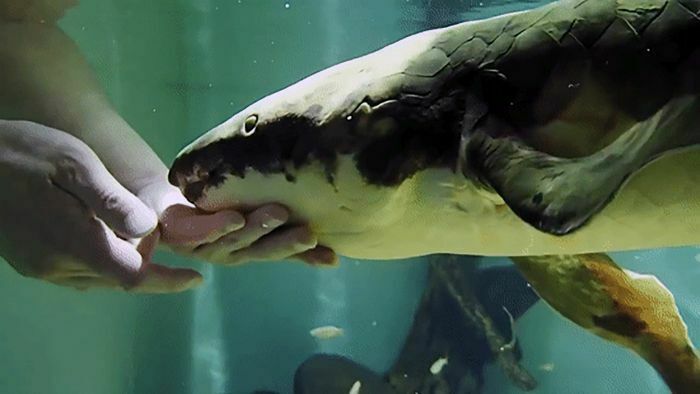 Like most of us, Matusalem prefers some people. Jan says that although many people wanted to feed him over the years, the fish refused to receive food from certain people.

Jan also discovered that the oldest fish in captivity preferred the quietness of his smaller aquarium than staying in the larger aquarium with two other dipoles.

When he was transferred to the large aquarium, Matusalem immediately protested, turning his belly up. In the first instance, Jan and his colleagues did not realize why he was doing this. They understood only after they moved him back to his aquarium when Matusalem returned to his natural position.

In the eight decades spent in the aquarium, Matusalem has seen millions of visitors, who have been delighted with its unusual size and appearance.

“These living fossils look like fighters in armor, but they are gentle gentlemen.Matusalem and the other dipoles like to scratch their bellies and their heads, are a kind of “underwater puppies”, “Jan said.

Australian Diphns are a protected species. Specimens of this species may only be fished with special authorization. Moreover, the export is regulated very strictly.

The oldest captive fish is a “spokesperson” of his species, whose habitat is destroyed by humans, says Jan, who hopes that the fish will live as long as possible.